If you want a dog with a microchip, consider getting a robot dog.

These passive transmitters are only active in the presence of microwave radiation. But today every home is pretty much  saturated with microwave radiation since every wireless device, every Wi-Fi, every Bluetooth, every cell phone, every Amazon TV, every you-name-it transmits microwave radiation. Electromagnetic radiation is an environmental toxin. See our article on EMF Health Effects. That means a microchip may be continuously "on" and transmitting inside the body of your pet.

"Oh, but the signal is so weak" you say. "Compared to what?" is the relevant question. Compared to a cell phone, sure it's weak. But that's the wrong comparison.  Compared to a living cell is the correct comparison since a microchip is embedded in a matrix of living flesh.

Inside a body, a microchip is surrounded by thousands of cells each of which is 100% powered by electromagnetic forces. These forces are easily disrupted by the enormously more powerful signal emitted by a microchip.

That's how and why little old microchips may be the cause of cancer and cancerous tumors. A number of studies conducted in the last two decades have connected microchips to tumors or cancer. Of course if you ask those selling microchips they will deny any problems; which is why you never want to ask someone's opinion who's livelihood depends on the answer. At Sgt. Poopers we have no horse in this race. We don't sell microchips or provide any related service. But we don't want to see animals suffer.

There are other problems and issues  with microchips — duplicate identification numbers, the lack of legal way to enforce recovery when someone steals your dog, the electronic failure of the microchip itself (they often stop working), and the problem with migrating chips (traveling inside the body) that can end up in places where they cause further injury or where electronic detectors fail to detect their signal.

Do your own research. Here is a good place to start: Microchips: Are Pet Owners Being Misled?

The problem of dogs running away was already solved long before microchips were even invented. Get a Martingale collar for your dog (they won't come off) and add a tag with your phone number and address. 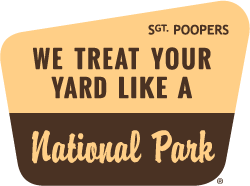